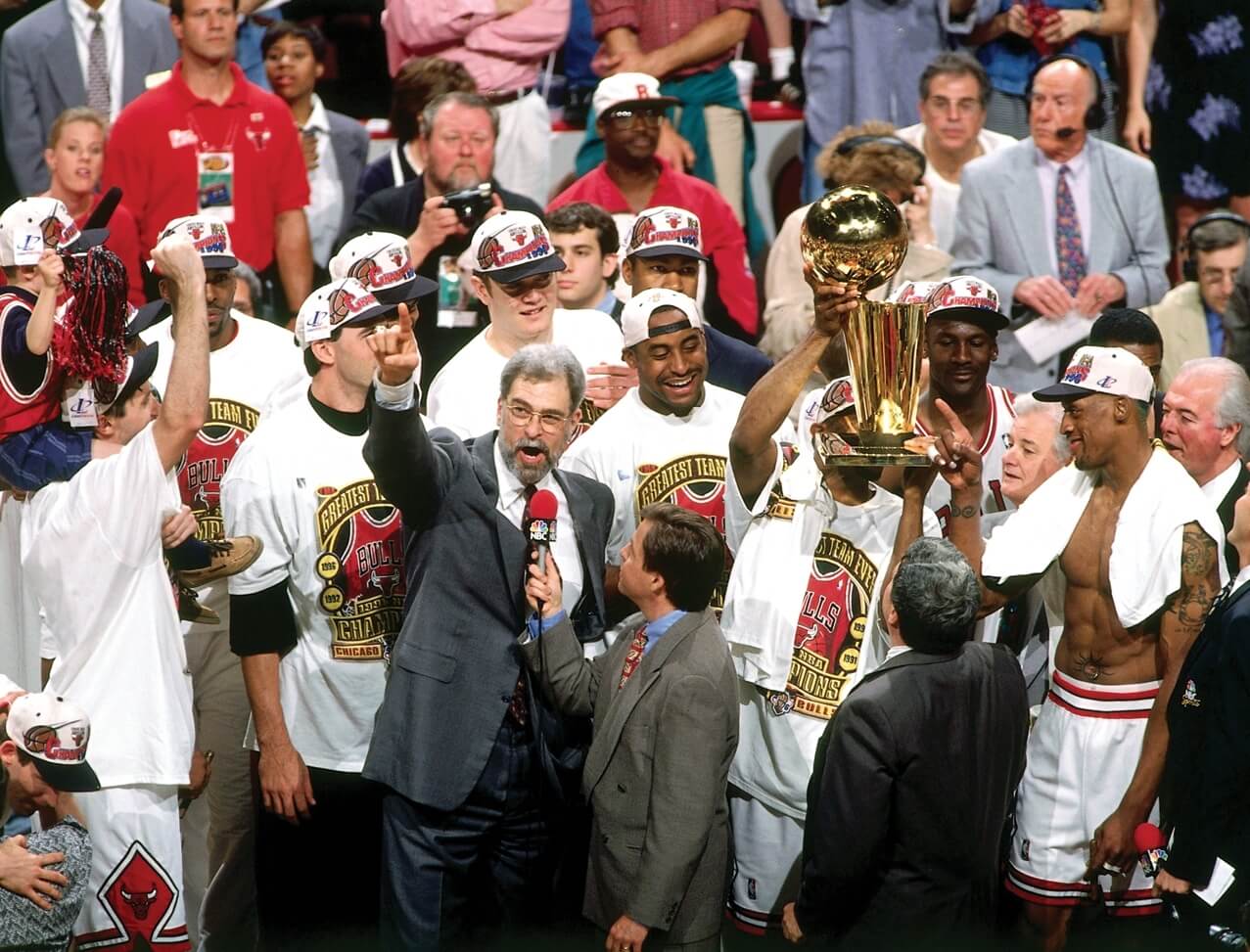 NBA Finals – 1993
The 1993 NBA Finals was the championship round of the 1992 – 1993 NBA season, featuring the Chicago Bulls, led by Michael Jordan, and the Phoenix Suns, winners of 62 games and led by regular season MVP Charles Barkley. The Bulls became the first team since the legendary Boston Celtics of the 1960s to win three consecutive championship titles, clinching the “three-peat” with John Paxson’s game-winning 3-pointer that gave them a 99–98 victory in Game 6. This series was also notable in that the road team won each game, with the exception of Chicago in Game 4.

NBA Finals – 1996
The 1996 NBA Finals was the championship series of the 1995 – 1996 NBA season of the National Basketball Association. The Seattle SuperSonics (64–18) of the Western Conference took on the Chicago Bulls (72–10) of the Eastern Conference, with the Bulls holding home court advantage. The teams’ 136 combined regular season wins shattered the previous record of 125 set in 1985. The series was played under a best-of-seven format. Chicago won the series 4 games to 2. Michael Jordan was named Finals MVP.