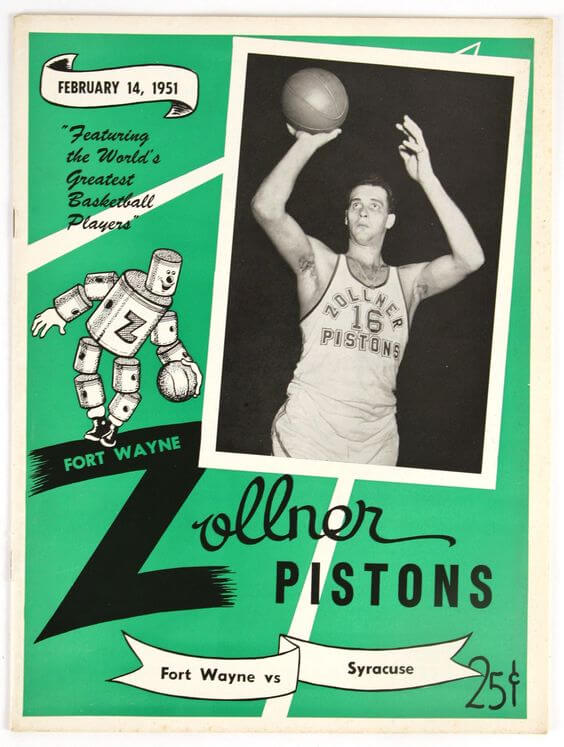 1944
The Zollner Pistons continued to fire on all cylinders winning their second straight regular season title with an 18-4 record. In the playoffs the Pistons would roll through the competition beating the Cleveland Chase Brassmen in two straight games before sweeping the Sheboygan Red Skins to capture the NBL Championship.