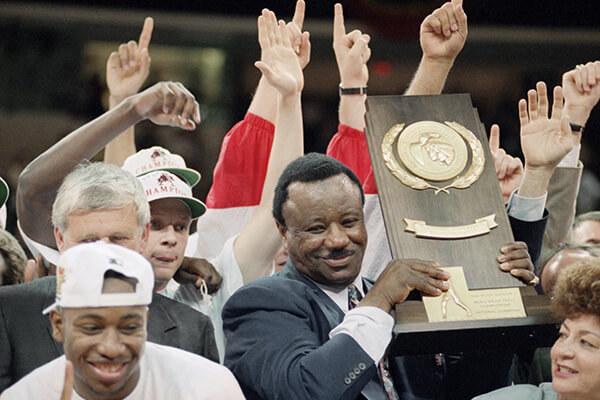 The 1994 NCAA Division I Men’s Basketball Tournament involved 64 schools playing in single-elimination play to determine the national champion of men’s NCAA Division I college basketball. It began on March 17, 1994, and ended with the championship game on April 4 in Charlotte, North Carolina, played at Charlotte Coliseum. A total of 63 games were played.

Corliss Williamson of Arkansas was named the tournament’s Most Outstanding Player.

Bill Clinton, former governor of Arkansas and the then President, was in attendance for the Final Four, as well as the regionals that were held in Dallas the previous week. (Clinton was already scheduled to be in Dallas for the wedding of his brother Roger and added the basketball games to his plans.)