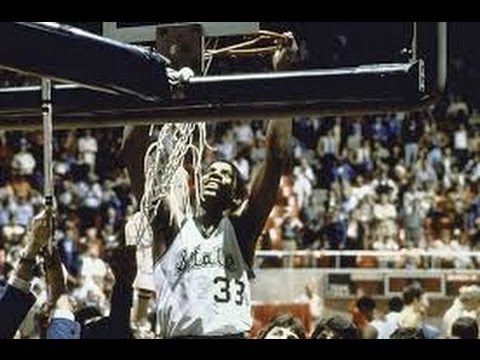 MSU was led by star sophomore, Earvin “Magic” Johnson (16.1 points, 7.4 rebounds, and 8.2 assists per game), senior Greg Kelser (18.1 points and 8.5 rebounds per game), and sophomore Jay Vincent (13.7 points and 5.6 rebounds per game). The Spartans started the season well, finishing the non-conference season with an 8–1 recorded including a loss to No. 13 ranked North Carolina. They entered conference play as the No. 1 ranked team in the country.

After winning their first two conference games, they lost four of their next six games to fall to a 4–4 record in the Big Ten, trailing first-place Ohio State by four games in the standings. However, Michigan State then won their next 10 games with wins over No. 7 Ohio State, at No. 15 Iowa, at No. 13 Ohio State, and No. 18 Purdue. A loss on the final day of the season to Wisconsin resulted in the Spartans slipping into a tie for the Big Ten championship with Iowa and Purdue. MSU received a bid to the NCAA Tournament because of a better head-to-head performance against Big Ten rivals and a superior overall record (21–6). The Spartans finished the season ranked No. 3 in the country.

Michigan State advanced to the Final Four by defeating Lamar, LSU, and No. 1-seeded Notre Dame. In the Final Four, the second Final Four appearance in school history, they faced Penn, blowing them out 101–67 to earn a trip to the Championship. There, the Spartans faced No. 1 ranked and undefeated Indiana State led by senior Larry Bird. In what was the most-watched college basketball game ever, Michigan State defeated Indiana State 75–64 to win the school’s first-ever basketball National Championship. Earvin “Magic” Johnson was voted Most Outstanding Player of the Final Four.

After two years in college, in which he averaged 17.1 points, 7.6 rebounds, and 7.9 assists per game, Johnson declared himself eligible for the 1979 NBA draft.