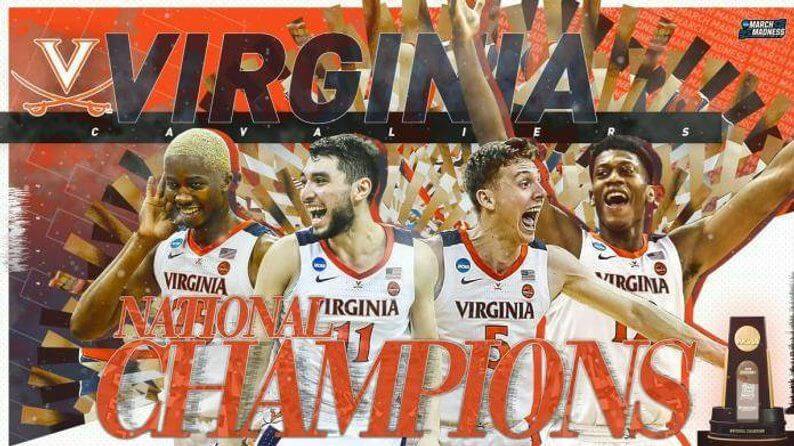 The 2019 NCAA Division I Men’s Basketball Championship Game was the final game of the single-elimination tournament to determine the men’s National Collegiate Athletic Association (NCAA) Division I college basketball national champion for the 2018 – 2019 season. The game was played on April 8, 2019, at U.S. Bank Stadium in Minneapolis, Minnesota, between the Texas Tech Red Raiders and the Virginia Cavaliers. It was the first time since 1979 that both teams in the national championship game were making their first such appearance. The Cavaliers defeated the Red Raiders, 85–77 in overtime, to win their first national title. Kyle Guy was named the NCAA Basketball Tournament Most Outstanding Player.