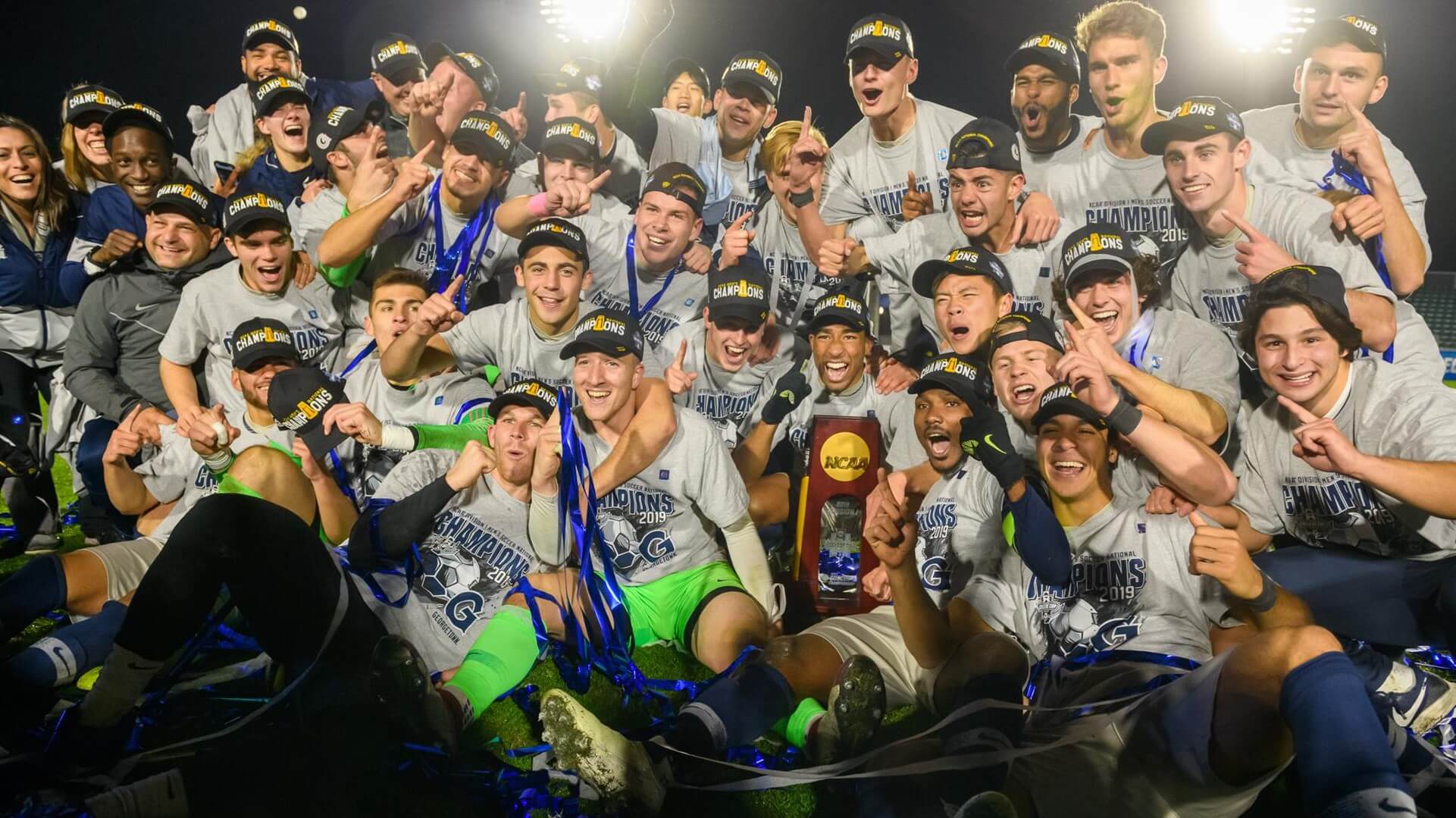 The match featured Georgetown University of the Big East Conference and the University of Virginia of the Atlantic Coast Conference. It was the first time in NCAA Tournament history that the final featured two programs from the Washington, D.C. metro area. This was also the highest-scoring national final since 1980.