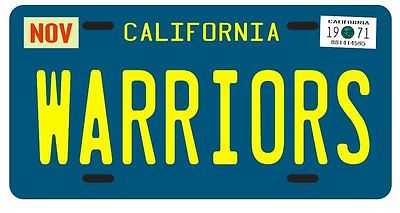 The franchise adopted its brand name Golden State Warriors prior to the 1971 – 1972 season, in order to suggest that the team represented the entire state of California. Almost all home games were played in Oakland that season; six were played in San Diego, but none in San Francisco or Daly City. Oakland Arena became the team’s exclusive home court in 1972.