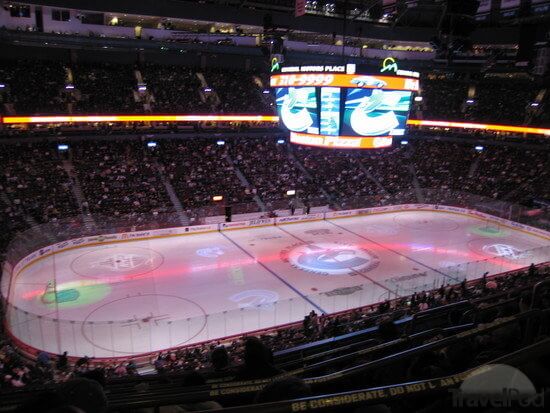 Their elimination from the 1995 Stanley Cup playoffs in Game 4 of the second round marked the Canucks’ last game played at the Pacific Coliseum, as the team moved into the new General Motors Place (since renamed Rogers Arena), a new $160 million arena situated in Downtown Vancouver, the following season. Rogers Arena is an indoor sports arena located at 800 Griffiths Way in the downtown area of Vancouver, British Columbia, Canada. Opened in 1995, the arena was known as General Motors Place (GM Place) from its opening until July 6, 2010, when General Motors Canada ended its naming rights sponsorship and a new agreement for those rights was reached with Rogers Communications. Rogers Arena was built to replace Pacific Coliseum as Vancouver’s primary indoor sports facility and in part due to the National Basketball Association’s 1995 expansion into Canada, where Vancouver and Toronto were given expansion teams.