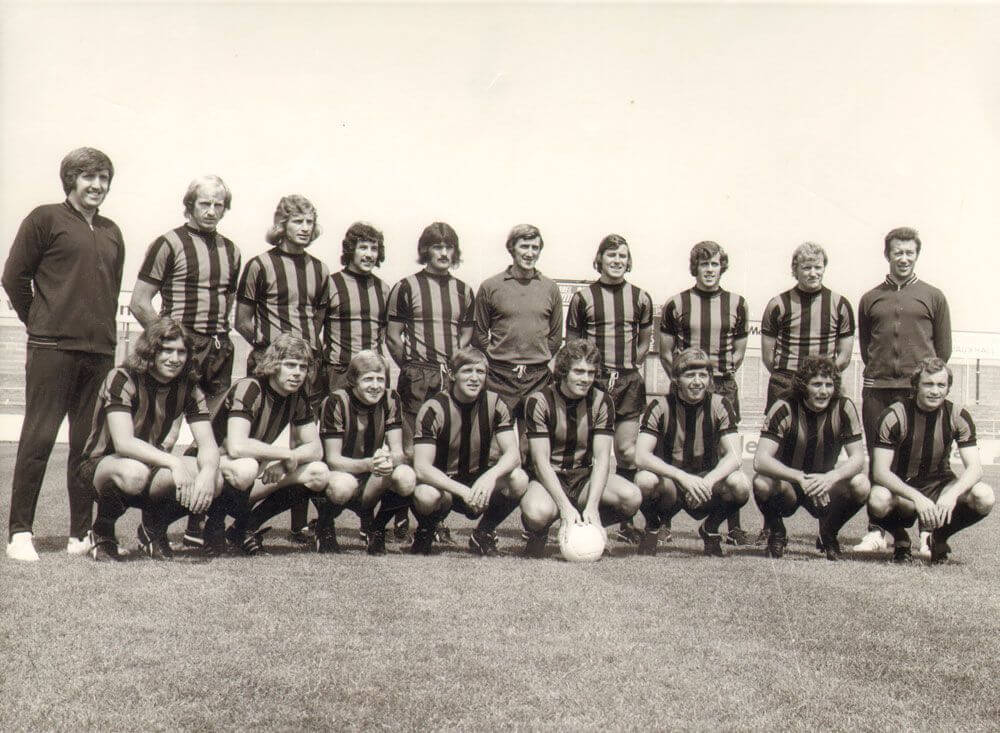 Under manager John Bond, the club adopted the more streamlined A.F.C. Bournemouth’s name in 1972. At the same time, the club adopted a new badge as a symbol of the club’s progress. The stripes in the background were based on the club shirt, while in the foreground is the profile of a player heading the ball, in honor of Dickie Dowsett, a prolific scorer for the club in the 1950s and 1960s.