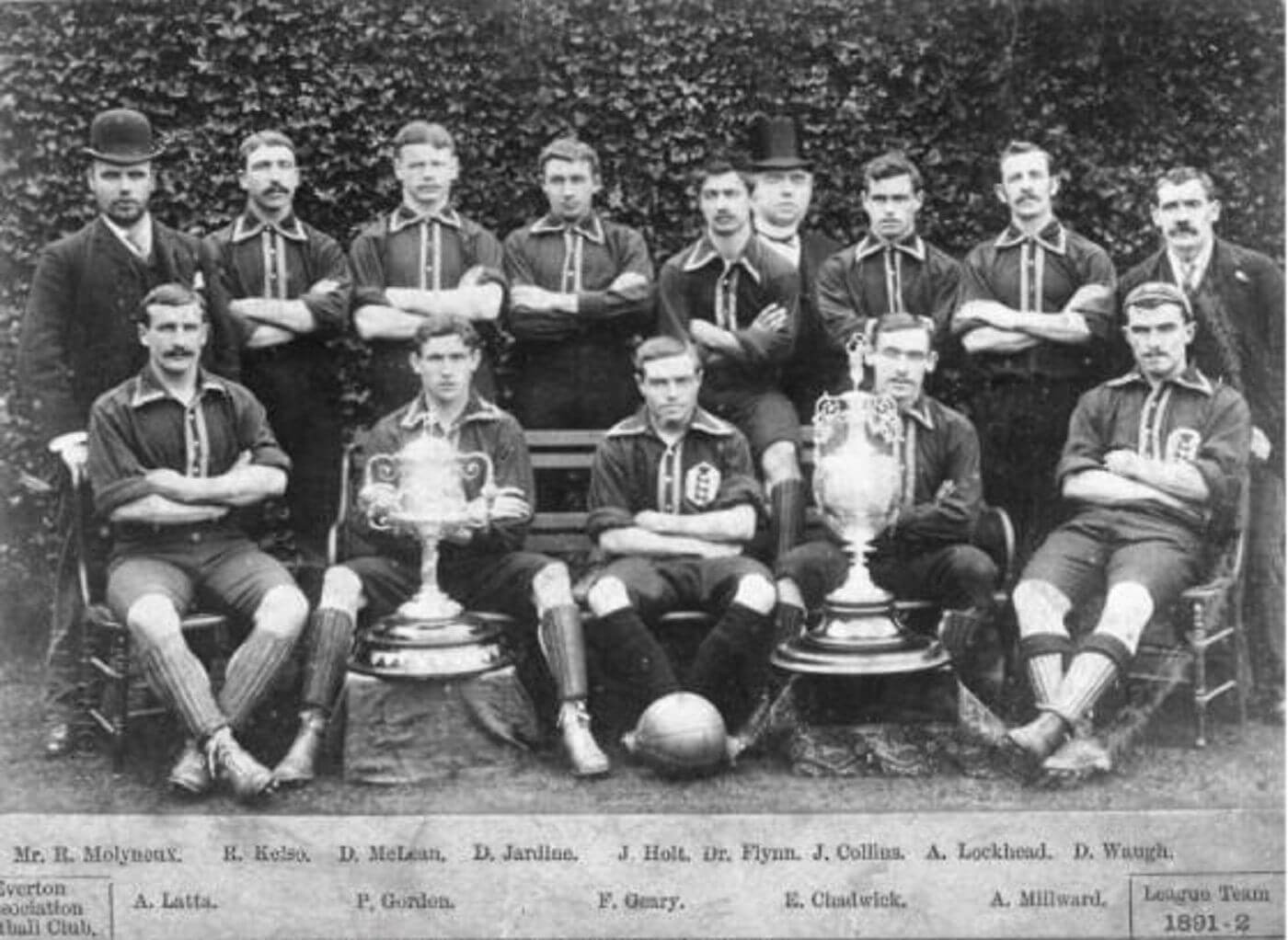 The club’s first game was a 1–0 victory over Everton Church Club. The club was renamed Everton in November 1879 after the local area, as people outside the congregation wished to participate.

The club was a founding member of the Football League in 1888–89 and won its first League Championship title in the 1890–91 season. Everton won the FA Cup for the first time in 1906 and the League Championship again in 1914–15. The outbreak of World War I in 1914 interrupted the football program while Everton reigned, which was something that would again occur in 1939.