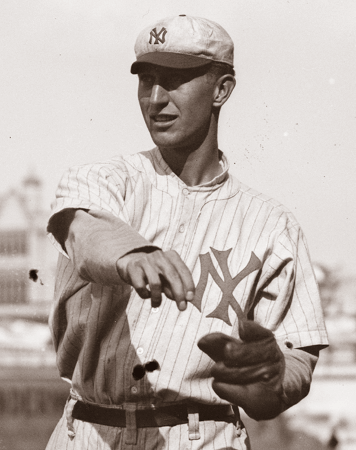 The Polo Grounds burned down in 1911 and the Highlanders allowed the Giants to play in Hilltop Park during reconstruction. Relations between the two teams warmed, and the Highlanders would move into the newly rebuilt Polo Grounds in 1913. Now playing on the Harlem River, a far cry from their high-altitude home, the name “Highlanders” no longer applied and fell into disuse among the press. The media had already widely adopted the “Yankees” nickname coined by the New York Press, and in 1913 the team became officially known as the New York Yankees.

By the middle of the decade, Yankees owners Farrell and Devery had become estranged and both were in dire need of money. At the start of 1915, they sold the team to Colonel Jacob Ruppert and Captain Tillinghast L’Hommedieu Huston for $1.25 million. Ruppert inherited a brewery fortune, providing the Yankees with an owner who possessed deep pockets and a willingness to dig into them to produce a winning team. This would lead the team to more success and prestige than Ruppert could ever have envisioned.