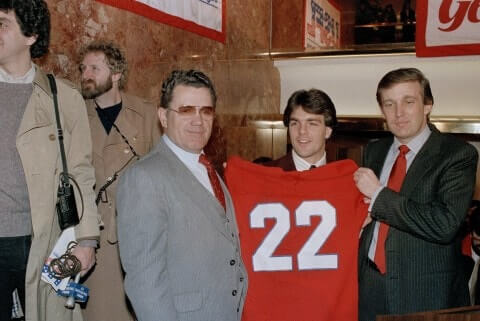 At 66 years old, Duncan soon tired of flying 2,000 miles from Oklahoma to New York to see his team play. He was not willing to be an absentee owner, and decided to sell to a local buyer. After the 1983 season, he found one in Donald J. Trump, who had initially angled for the franchise in 1982 before backing out.