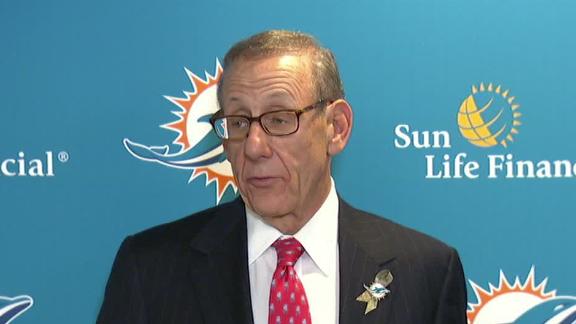 In February 2008, Stephen M. Ross bought 50 percent of the Miami Dolphin franchise, Dolphin Stadium, and surrounding land from then-owner Wayne Huizenga for $550 million, with an agreement to later become the Dolphins’ managing general partner. On January 20, 2009, Ross closed on the purchase of an additional 45 percent of the team from Wayne Huizenga. The total value of the deal was $1.1 billion. This means Ross is now the owner of 95% of both the franchise and the stadium.