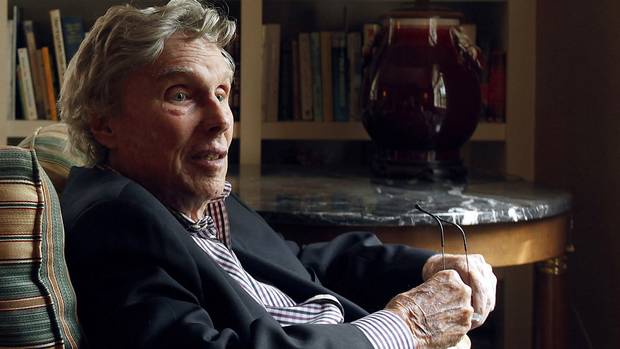 Prior to the 1974 – 1975 season, Scallen and his ownership group from Minnesota sold the team to local media mogul Frank Griffiths for $9 million. Also in the summer of 1974, the Canucks were re-aligned within the league and placed in the new Smythe Division. They responded with their first winning record (38 wins, 32 losses, and 10 ties), finishing first in the division with 86 points. Making their debut in the Stanley Cup playoffs, the Canucks lost the opening series of the 1975 post-season in five games to the Montreal Canadiens. Head coach and general manager Phil Maloney (the third GM in team history after Poile and Hal Laycoe) recalled the importance of a successful season for the Canucks in that year specifically, as the rival league World Hockey Association had established another major professional team in the city, the Vancouver Blazers. Competing for the same hockey market, the Canucks emerged over the Blazers as the latter relocated to Calgary, Alberta, the following season. The Canucks posted a second consecutive winning record and made the playoffs in 1975 – 1976, but lost to the New York Islanders in a two-game preliminary series.