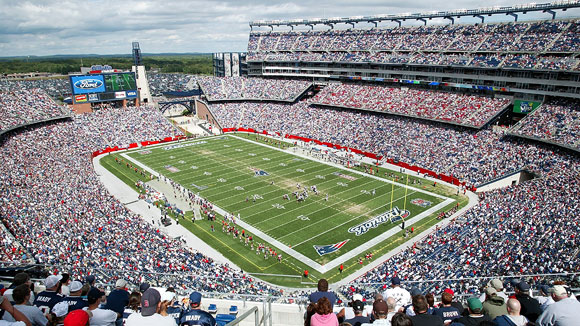 The stadium would open in the spring of 2002 with a “soft opening”, including games of the New England Revolution and concerts. In the months leading up to the grand opening of the stadium in September 2002, CMGi Corporation fell upon difficult financial times and sold the naming rights to the Gillette Company prior to the grand opening. The stadium was renamed Gillette Stadium, and is sometimes referred to by fans as “The Razor.”