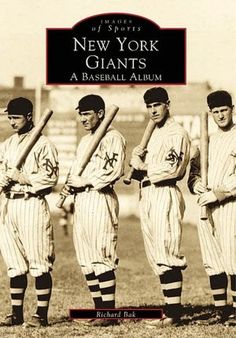 The Giants began as the second baseball club founded by millionaire tobacconist John B. Day and veteran amateur baseball player Jim Mutrie. The Gothams, as the Giants were originally known, entered the National League in 1883, while their other club, the Metropolitans (the original Mets) played in the American Association. Nearly half of the original Gotham players were members of the disbanded Troy Trojans, whose place in the National League the Gothams inherited. While the Metropolitans were initially the more successful club, Day and Mutrie began moving star players to the Gothams and the team won its first National League pennant in 1888, as well as a victory over the St. Louis Browns in an early incarnation of the World Series. They repeated as champions the next year with a pennant and World Series victory over the Brooklyn Bridegrooms. It is said that after one particularly satisfying victory over the Philadelphia Phillies, Mutrie (who was also the team’s manager) stormed into the dressing room and exclaimed, “My big fellows! My giants!” From then on, the club was known as the Giants.