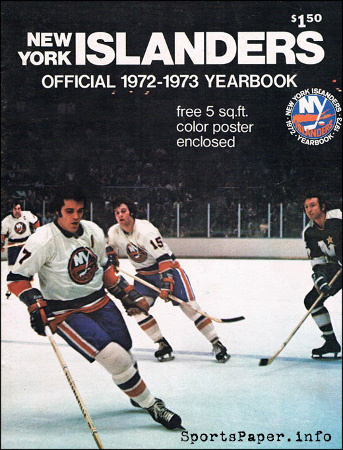 The new team was widely expected to take the Long Island Ducks name used by an Eastern Hockey League franchise; the more geographically expansive “New York Islanders” came largely as a surprise. The fledgling Islanders, who were soon nicknamed the “Isles” by the local newspapers, had an extra burden to pay in the form of a $4 million territorial fee to the nearby New York Rangers. The arrival of the Islanders effectively doomed the Raiders; they were forced to play in Madison Square Garden under onerous lease terms and were forced out of town in the middle of their second season.