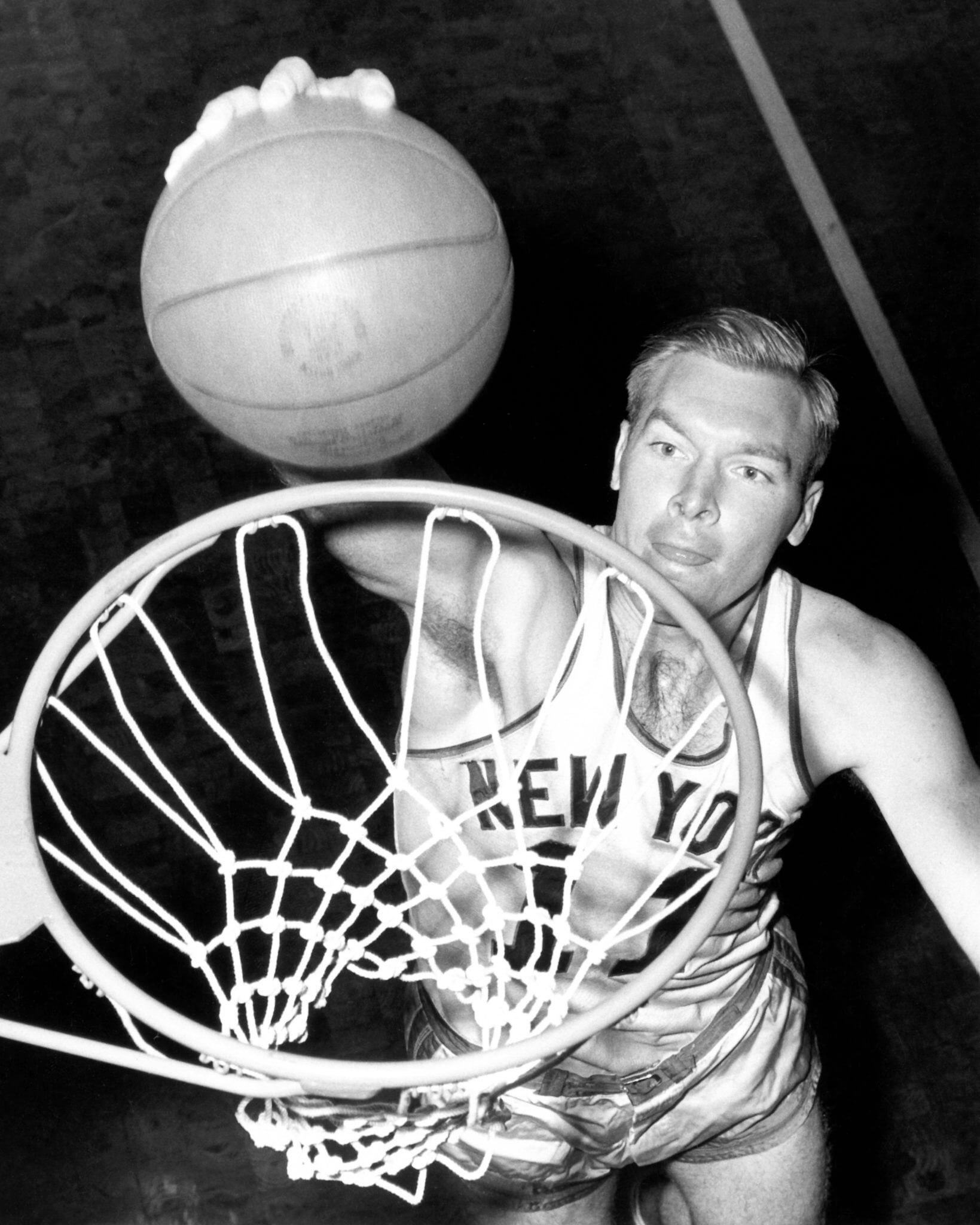 Irish wanted a distinct name for his franchise that was representative of the city of New York. He called together members of his staff for a meeting to cast their votes in a hat. After tallying the votes, the franchise was named the Knickerbockers. The “Knickerbocker” name comes from the pseudonym used by Washington Irving in his book A History of New York, a name which became applied to the descendants of the original Dutch settlers of what later became New York, and later, by extension, to New Yorkers in general.

Harry Junior “The Horse” Gallatin was an American professional basketball player and coach. Gallatin played nine seasons for the New York Knicks in the NBA from 1948 to 1957.