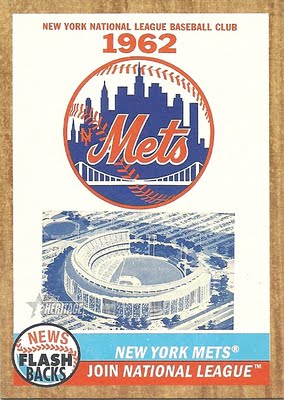 After the 1957 season, the Brooklyn Dodgers and New York Giants relocated from New York to California to become the Los Angeles Dodgers and San Francisco Giants, respectively, leaving the largest city in the United States with no National League franchise and only one major league team (the American League (AL)’s New York Yankees). With the threat of a New York team in a third league, the National League expanded, adding the New York Mets after requests from William Shea. The new team took as its primary colors the blue of the Dodgers and the orange of the Giants (which are also two of the three colors on the New York City flag) and took their name from a 19th-century club, the New York Metropolitans.