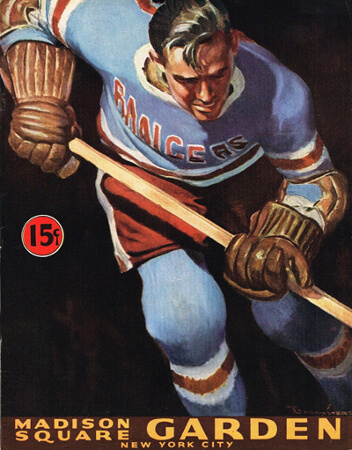 George Lewis “Tex” Rickard, president of Madison Square Garden, was awarded an NHL franchise for the 1926 – 1927 season to compete with the now-defunct New York Americans, who had begun play at the Garden the previous season. The Americans (also known as the “Amerks”) proved to be an even greater success than expected during their inaugural season, leading Rickard to pursue a second team for the Garden despite promising the Amerks that they would be the only hockey team to play there.