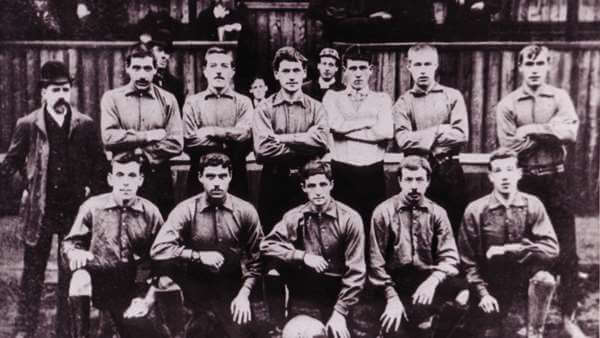 With only one senior club in the city for fans to support, the development of the club was much more rapid. Despite being refused entry to the Football League’s First Division at the start of the 1892 – 1893 season, they were invited to play in their new Second Division. However, with no big names playing in the Second Division, they turned down the offer and remained in the Northern League, stating “gates would not meet the heavy expenses incurred for traveling”. In a bid to start drawing larger crowds, Newcastle East End decided to adopt a new name in recognition of the merger. Suggested names included Newcastle F.C., Newcastle Rangers, Newcastle City and the City of Newcastle, but Newcastle United was decided upon on 9 December 1892, to signify the unification of the two teams. The name change was accepted by the Football Association on 22 December, but the club was not legally constituted as Newcastle United Football Club Co. Ltd. until 6 September 1895. At the start of the 1893 – 1894 season, Newcastle United was once again refused entry to the First Division and so joined the Second Division, along with Liverpool and Woolwich Arsenal. They played their first competitive match in the division that September against Woolwich Arsenal, with a score of 2–2.