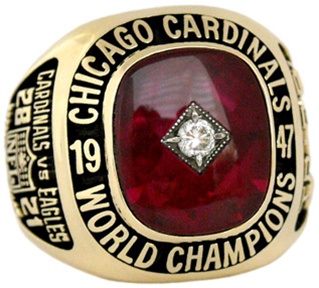 In 1947, the NFL standardized on a 12-game season. This would be the most celebrated year in Cardinals history as the team went 9-3, beating Philadelphia in the championship game 28–21 with their “Million Dollar Backfield”, which included quarterback Paul Christman, halfback Charley Trippi, halfback Elmer Angsman, and fullback Pat Harder, piling up 282 rushing yards. However, Bidwill was not around to see it; he’d died before the season, leaving the team to his wife Violet.