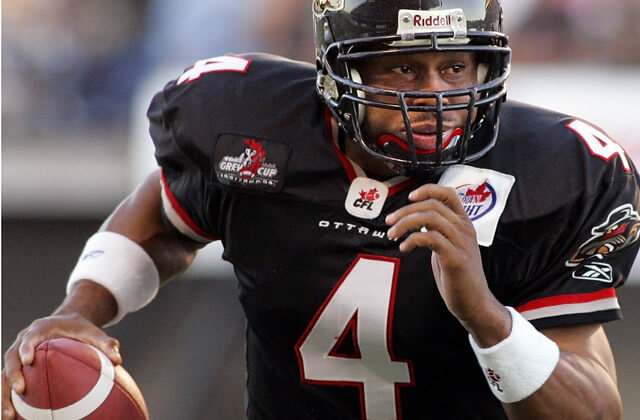 With the team losing $3.8 million in 2005, and the possibility of losing an additional $2.3 million to $5.8 million in 2006, the organization requested financial assistance from the CFL, which the league was not willing to provide. On March 22, 2006, Bernie Glieberman decided to stop funding the Renegades. While the CFL previously took over operations of the Toronto Argonauts and the Hamilton Tiger-Cats in 2003, on April 9, 2006, the CFL’s board of governors decided against doing the same for the Renegades, instead choosing to look for a new owner. The CFL would move its easternmost-West Division team, the Winnipeg Blue Bombers, back to the East Division for the third time in its history to take Ottawa’s place and to balance out the divisions (the Bombers played in the East from 1987–94, 1997–2001 and this time from 2006 – 2013).

The players of the Ottawa Renegades were dispersed to the remaining eight CFL teams in a dispersal draft, with QB Kerry Joseph going #1 to the Saskatchewan Roughriders.

Steelback Brewery president Frank D’Angelo announced in April 2006 that he was exploring opportunities to revive the team. The announcement was not cleared with the Canadian Football League, who indicated that they had had only one informal conversation with D’Angelo, in which no decision was made.

On May 15, 2007, the CFL announced that it had ended discussions with a group led by William Palmer regarding the return of a CFL team to Ottawa for the 2008 season.