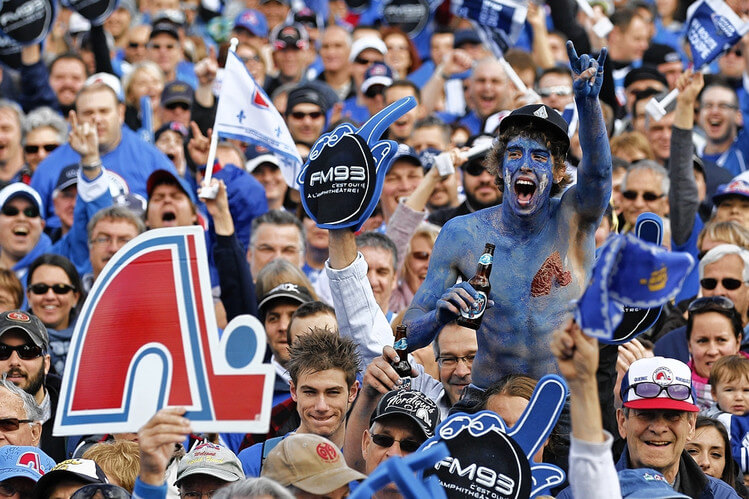 Aubut asked for a bailout from Quebec’s provincial government. However, Premier Jacques Parizeau turned the request down, as few in Quebec were willing to be seen as subsidizing a hockey club that paid multimillion-dollar salaries. Bailouts for Ottawa and Edmonton were also rejected for the same reason. In 1994, The Philadelphia Inquirer reported that Peter Karmanos was in talks to buy the Nordiques and move them to the then under-construction America West Arena (now Talking Stick Resort Arena) in Phoenix, Arizona. The Nordiques later denied that they would relocate and would look to replace the aging Colisée. Finally in May 1995, shortly after the Nordiques were eliminated from the playoffs, Aubut announced that he had no other choice but to accept an offer from COMSAT Entertainment Group, owner of the National Basketball Association’s Denver Nuggets. COMSAT moved the team to Denver where it was renamed the Colorado Avalanche. Though the Nordiques franchise and Aubut never lost money on the team, Aubut feared losing money and sold the team before the possibility became a reality.