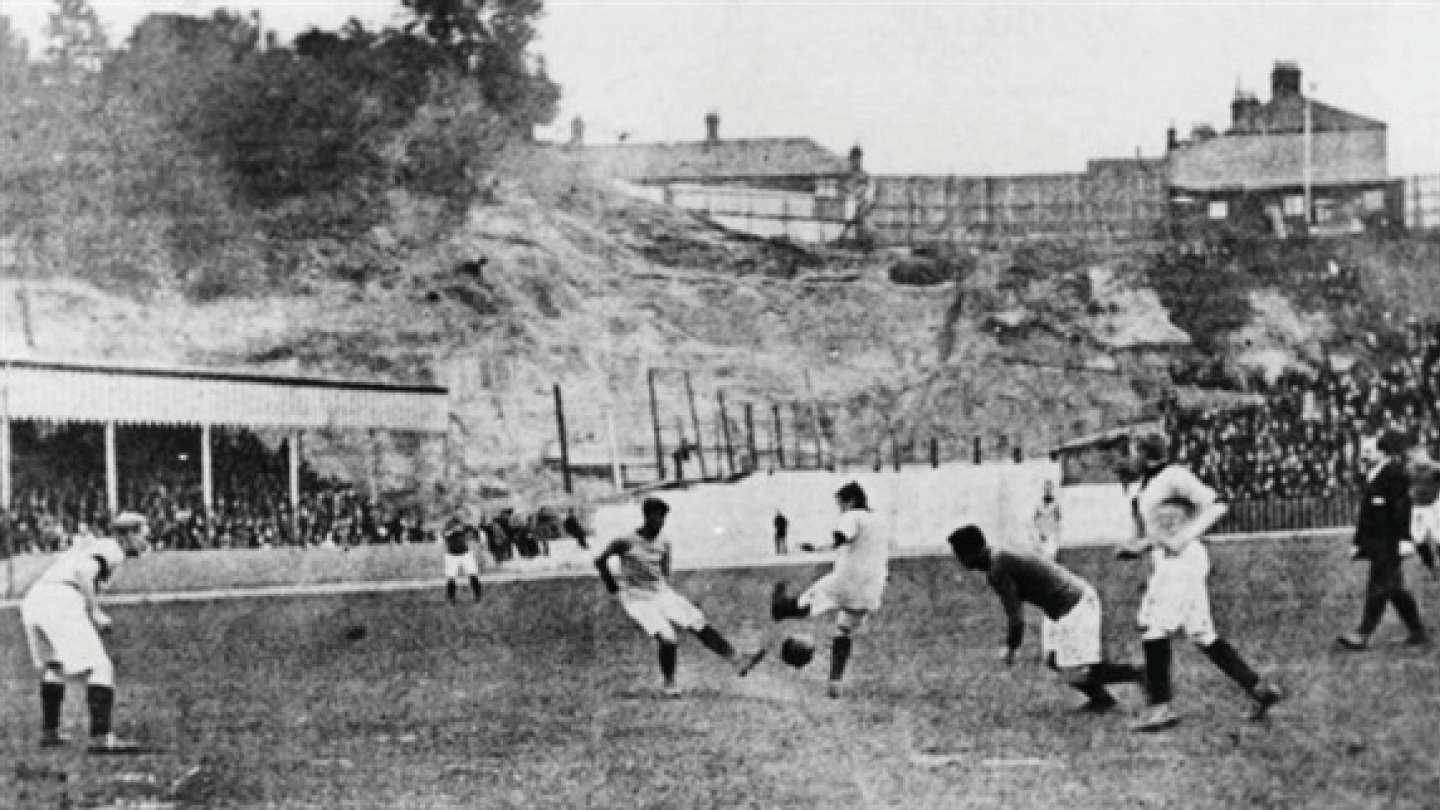 Norwich City F.C. was formed after a meeting at the Criterion Café in Norwich on 17 June 1902 and played their first competitive match against Harwich & Parkeston, at Newmarket Road on 6 September 1902. They joined the Norfolk & Suffolk League for the 1902 – 1903 season, but following a FA Commission, the club was ousted from the amateur game in 1905, as it was deemed a professional organization. Later that year Norwich was elected to play in the Southern League. With increasing crowds, they were forced to leave Newmarket Road in 1908 and moved to The Nest, a disused chalk pit. The club’s original nickname was the Citizens, but this was superseded by 1907 by the more familiar Canaries after the club’s chairman (who was a keen breeder of canaries) dubbed his boys “The Canaries” and changed their strip to yellow and green. During the First World War, with football suspended and facing spiraling debts, City went into voluntary liquidation on 10 December 1917.