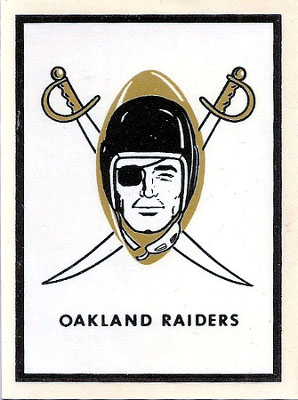 A few months after the first AFL draft in 1959, the owners of the yet-unnamed Minneapolis franchise accepted an offer to join the established National Football League as an expansion team (now called the Minnesota Vikings) in 1961, sending the AFL scrambling for a replacement. At the time, Oakland seemed an unlikely venue for a professional football team. The city had not asked for a team, there was no ownership group and there was no stadium in Oakland suitable for pro football the closest stadiums were in Berkeley and San Francisco and there was already a successful NFL franchise in the Bay Area in the San Francisco 49ers. However, the AFL owners selected Oakland after Los Angeles Chargers owner Barron Hilton threatened to forfeit his franchise unless a second team was placed on the West Coast. Accordingly, the city of Oakland was awarded the eighth AFL franchise on January 30, 1960, and the team inherited the Minneapolis club’s draft picks. A “name the team” contest was held by the Oakland Tribune, and the winner was the Oakland Señors. After a few weeks of being the butt of local jokes (and accusations that the contest was fixed, as Soda was fairly well known within the Oakland business community for calling his acquaintances “señor”), the fledgling team (and its owners) changed the team’s name nine days later to the Oakland Raiders, which had finished third in the naming contest. The original team colors were black, gold and white. The now-familiar team emblem of a pirate (or “raider”) wearing a football helmet was created, reportedly a rendition of actor Randolph Scott.