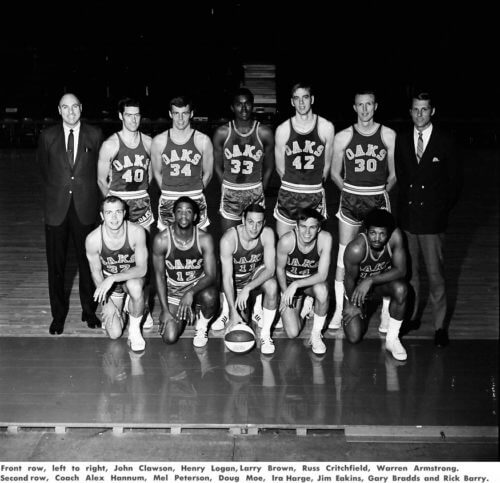 On February 2, 1967, pop singer Pat Boone, S. Kenneth Davidson and Dennis A. Murphy (who would later co-found the World Hockey Association) were awarded a team in exchange for $30,000. An earlier Oakland Oaks basketball team played in the American Basketball League in 1962, along with a baseball team that had played for nearly a half century in Oakland, with the latter and the ABA Oaks both using the oak tree and the acorn as its symbols.