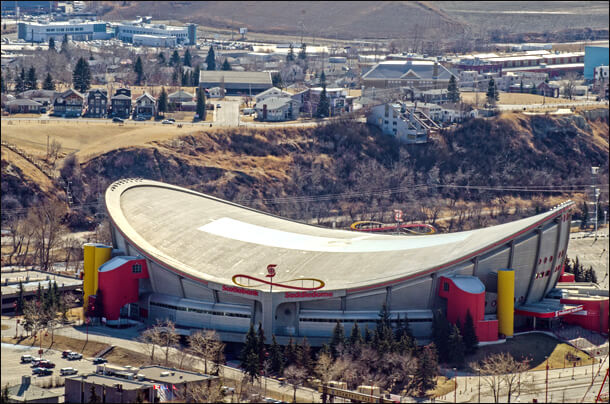 In 1983, the Flames moved into their new home, the Olympic Saddledome, now known as the Scotiabank Saddledome. Located on the grounds of the Calgary Exhibition and Stampede, the Saddledome was built as a venue for the 1988 Winter Olympics. In three seasons in the Corral, the Flames lost only 32 home games. The Saddledome hosted the 37th NHL All-Star Game in 1985, a 6–4 victory by the Wales Conference.