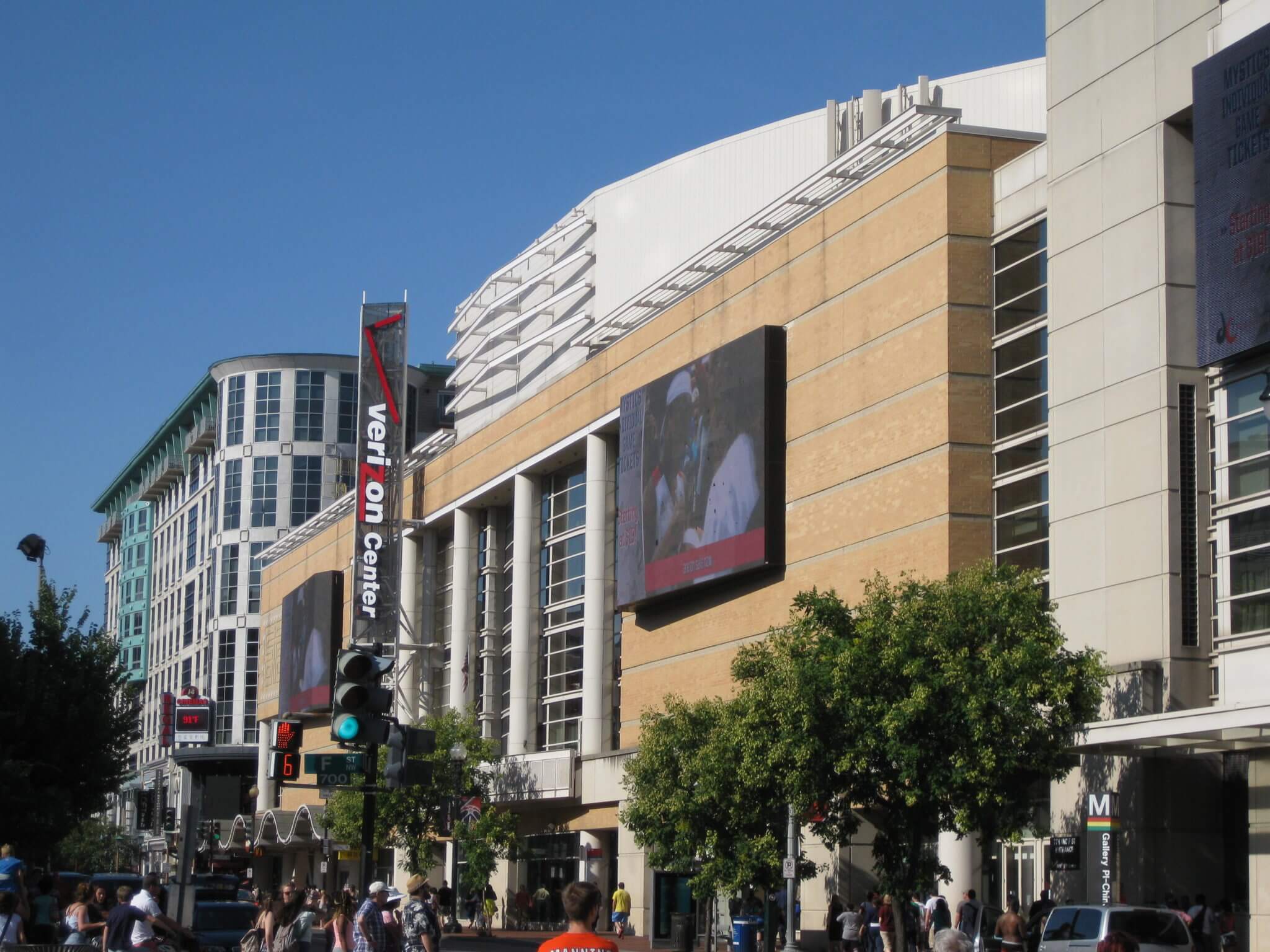 The Verizon Center, located in the Washington, D.C. neighborhood of Chinatown, originally opened on December 2, 1997, as the MCI Center, named after its sponsor, MCI Inc. Nearly a decade later, in January 2006, Verizon Communications purchased MCI Inc., and the arena’s name was changed accordingly. The following year, in 2007, the “first true indoor high-definition LED scoreboard” was installed at the Verizon Center. On December 2, 2007, the Verizon Center celebrated the ten year anniversary of its opening. In Dec. 2013 all electronic communications to and from the scoreboard and advertising fasciae were updated by ColosseoEAS.