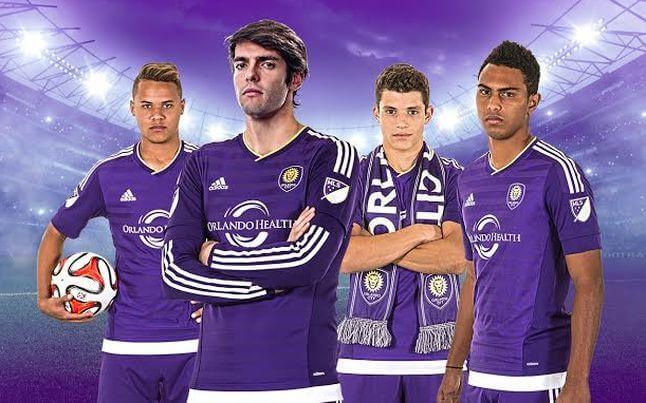 On November 19, 2013, Orlando City SC was announced as the league’s twenty-first franchise. The team’s new logo was unveiled in May 2014 and the team signed their first player to an MLS contract, former Brazil international Kaká, a month later. Kaká, who also became the team’s first Designated Player after his release from A.C. Milan, was immediately loaned to São Paulo until the start of the MLS season. In the same month, Orlando City announced a partnership with Benfica. As part of that partnership, Orlando City later signed two players from Benfica U19s  – Estrela and Rafael Ramos – to MLS contracts on August 7, 2014. On November 21, 2014, head coach Adrian Heath signed a contract extension committing him to the club until the end of the 2017 MLS season. As an expansion team, Orlando had first picked in the 2015 MLS SuperDraft and used it to selection Canadian forward Cyle Larin.

The team hosted their first MLS game at the Citrus Bowl on March 8, 2015, against fellow expansion team New York City FC, in front of a crowd of 62,510. Kaká scored the club’s first goal in stoppage time to earn a 1–1 draw. In the following game, they defeated Houston Dynamo 1–0 on the road to earning their first victory. On March 21, Orlando conceded a late stoppage-time goal to Octavio Rivero of Vancouver Whitecaps for their first defeat. In their inaugural season, Orlando City finished 7th in the Eastern Conference and 14th in the overall standings, falling short of the playoffs by one point. Larin scored 17 goals across the season, breaking Damani Ralph’s record of 13 as a rookie, and earned the MLS Rookie of the Year Award.