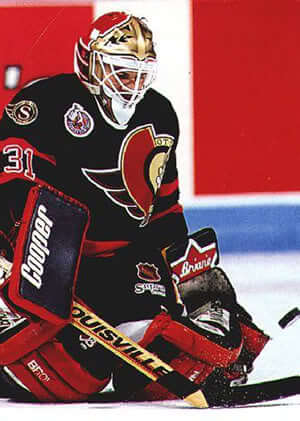 Ottawa real estate developer Bruce Firestone decided along with colleagues Cyril Leeder and Randy Sexton that Ottawa was now able to support an NHL franchise, and the group proceeded to put a bid together. His firm, Terrace Investments, did not have the liquid assets to finance the expansion fee and the team, but the group conceived a strategy to leverage a land development. In 1989, after finding a suitable site on farmland just west of Ottawa in Kanata on which to construct a new arena, Terrace announced its intention to win a franchise and launched a successful “Bring Back the Senators” campaign to both woo the public and persuade the NHL that the city could support an NHL franchise. Public support was high and the group would secure over 11,000 season ticket pledges. On December 12, 1990, the NHL approved a new franchise for Firestone’s group, to start to play in the 1992 – 1993 season.