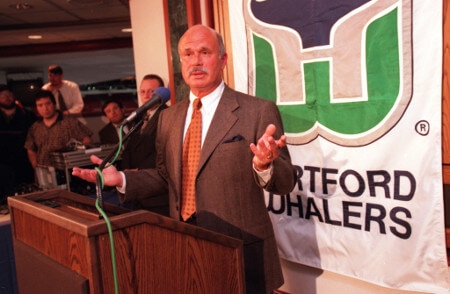 In the summer of 1994, the Whalers were purchased, in a deal brokered by the Connecticut Development Authority, by Compuware CEO Peter Karmanos, along with partners Thomas Thewes, and Jim Rutherford. Rutherford became the team’s new General Manager and Holmgren came back as the Head Coach. The new ownership wanted to turn the team into a winner for the 1994 – 1995 season.