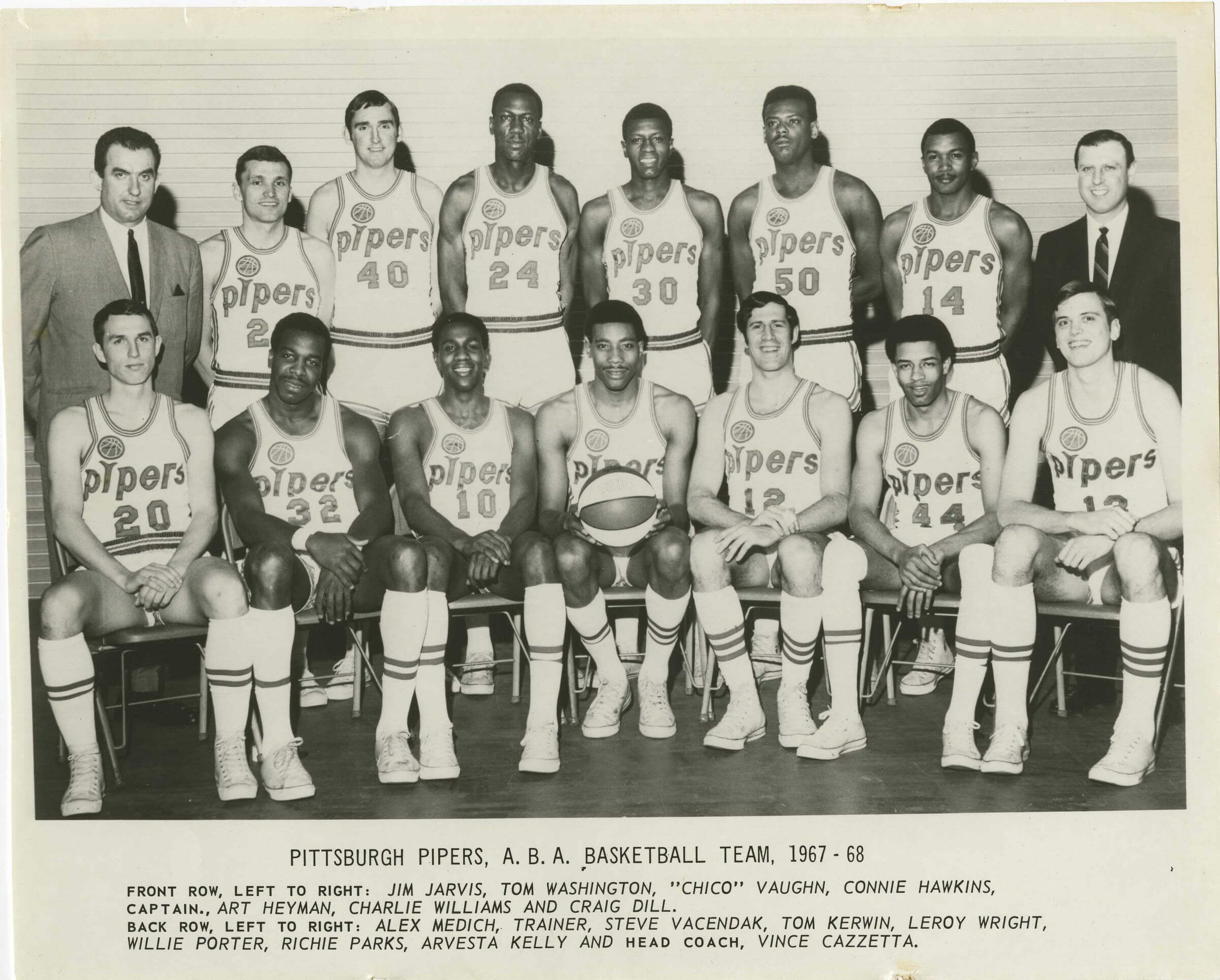 The Pipers were one of the ABA’s inaugural franchises in 1967. The team had great success on the court, posting the league’s best record during the regular season (54-24, .692) and winning the league’s first ABA Championship. The Pipers were led by their star player, ABA MVP and future Hall-of-Famer Connie Hawkins, who led the ABA in scoring at 26.8 ppg.