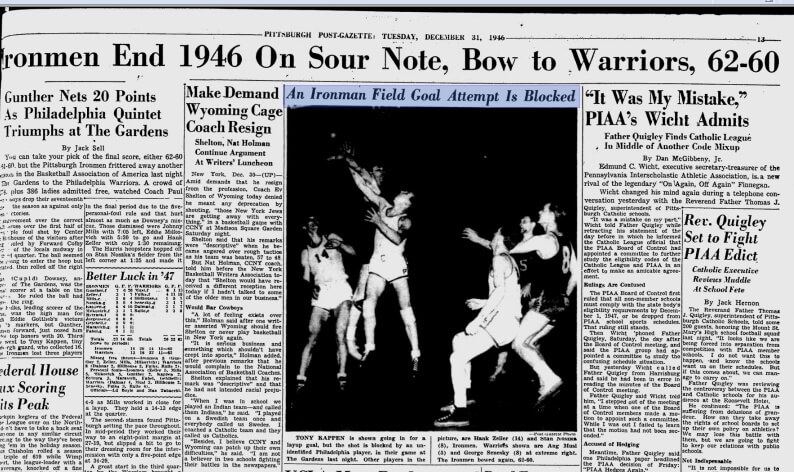 They ended their only season in the BAA in 1946 – 1947 with a record of 15–45, finishing in fifth and last place in the Western Division and worst overall in the league. According to Nate Silver and Reuben Fischer-Baum, applying the Elo rating system, this was, through 2017, the worst season ever by a professional basketball team in a major league.