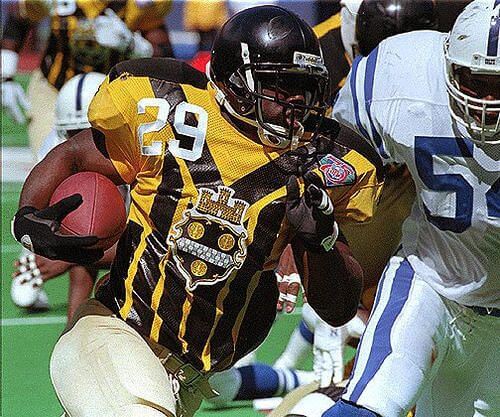 In May 1933, in anticipation of the repeal of some of Pennsylvania’s restrictive laws in the fall of that year, Rooney applied for a franchise with the NFL. His request was granted on May 19, 1933, and the Pittsburgh Professional Football Club, Inc. joined the NFL in exchange for a US$2,500 franchise fee (roughly $45,000 in today’s dollars). The new team was known as the Pirates in reference to their baseball club landlords at Forbes Field. Before settling on Forbes, Rooney considered playing at Greenlee Field, which housed the city’s Negro League baseball club. Since the blue laws were not repealed until November’s general election, the team was forced to play its first four home games on Wednesday nights.