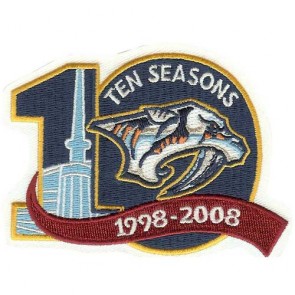 On July 19, 2007, a group of local business owners known as Our Team Nashville held a rally at the Sommet Center to encourage fans to buy season tickets in order to help the Predators meet the attendance figures needed to keep the team in Nashville. They drew approx 7,500 fans and sold the equivalent of 726 full-season tickets during the rally. The rally was heavily supported by George Plaster, then a sportscaster on WGFX 104.5 “The Zone” sports radio in Nashville.

On August 1, 2007, the group who had intentions to keep the team in Nashville released a letter of intent from Craig Leipold. After negotiations with the city of Nashville, the local group headed by David Freeman reached an agreement with Nashville Mayor Karl Dean, and the NHL Board of Governors approved the sale on November 29, 2007. The $172 million acquisition of the Nashville Predators included repayment of existing debt of approximately $61 million and $2.2 million in fees and expenses.

The sale of the Predators to the Tennessee-based group included Del Biaggio, who had been trying to move the team to Kansas City. The locally-based buyers held 73% of the team while Del Biaggio and a minority partner acquired about 27% of the club.