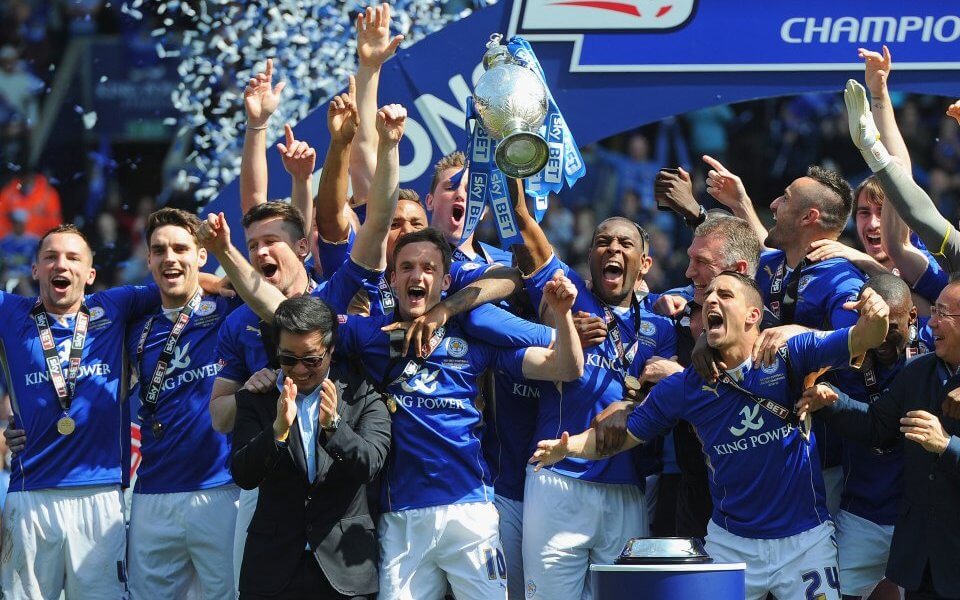 Starting the 2015 – 2016 seasons as relegation candidates, and quoted by William Hill at 5,000–1, Leicester improbably went on to win the title in one of the most extraordinary seasons in English football. Under Ranieri, the team made a flying start to the season, losing only one game in their first 15 and topping the table in December ahead of Arsenal, Manchester City, and Manchester United. Striker Jamie Vardy, who four years previously had been playing non-league football at Fleetwood Town, scored in 11-straight Premier League matches, beating the record often set by Ruud van Nistelrooy in 2003. Having been bottom of the table at Christmas 2014, Leicester were top at Christmas 2015. Their form continued into 2016, and in February they beat second-placed Manchester City 3–1 away to go six points clear. For the remainder of the season, Leicester’s main title rivals were Tottenham, and they clinched their first-ever Premier League title, with two games to spare, on the weekend of 1–2 May when they drew 1–1 with Manchester United and Tottenham drew 2–2 with Chelsea. They also qualified for the UEFA Champions League for the first time.