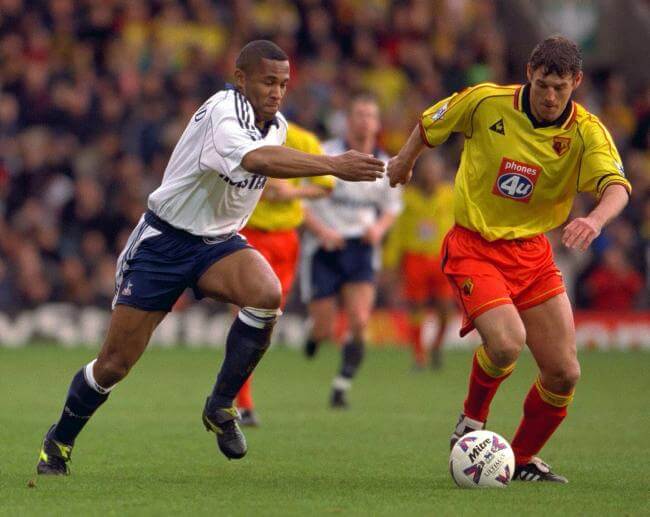 Following the relegation, Taylor became Director of Football, with former Watford midfielder Kenny Jackett as manager. After a mid-table finish in Division Two in 1996 – 1997, Jackett was demoted to the position of assistant manager. Taylor returned as manager and won the Second Division title in 1997 – 1998 – Watford’s second league title under his management. A second successive promotion followed in 1998 – 1999, thanks to a 2–0 play-off final victory over Bolton Wanderers. Watford’s first Premiership season started with an early victory over Liverpool, but Watford’s form soon faded, and the club was relegated after finishing bottom. Graham Taylor retired at the end of the 2000 – 2001 season and was replaced by Gianluca Vialli. Wage bills at the club rose by £4 million during Vialli’s tenure, and the club finished 14th in the division in 2001 – 2002. Vialli was sacked at the end of the season, following a dispute with the club’s board over the wage bill. He was replaced by Ray Lewington, who had joined the club the previous summer as Vialli’s reserve team manager.