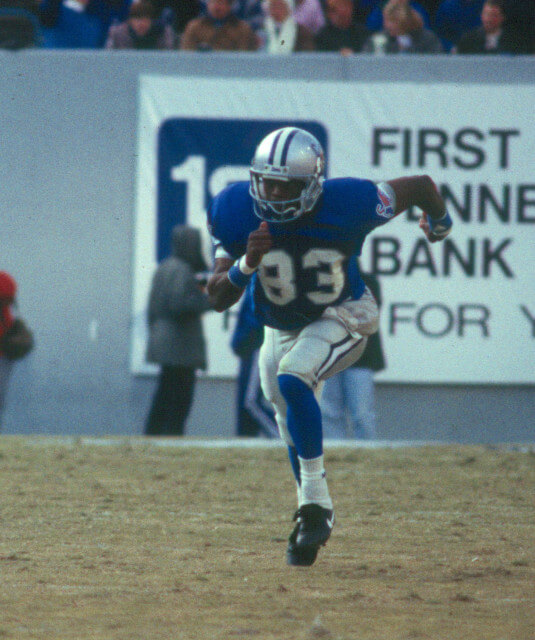 Bruce originally signed his letter of intent to play college football for the Purdue Boilermakers in 1990, but his SAT scores were too low for Purdue to accept him. Bruce then decided to attend West Los Angeles College, then to Santa Monica College before transferring to Memphis University. In 1992, Bruce’s first year with Memphis, he had 39 receptions for 532 yards and five touchdowns. In 1993, he became the first wide receiver in program history to post a 1,000-yard receiving season. He finished the season with a school-record of 74 catches for 1,054 yards and 10 touchdowns. He earned a degree from Memphis in physical education, and he is the only Memphis player to be selected to the Pro Football Hall of Fame.