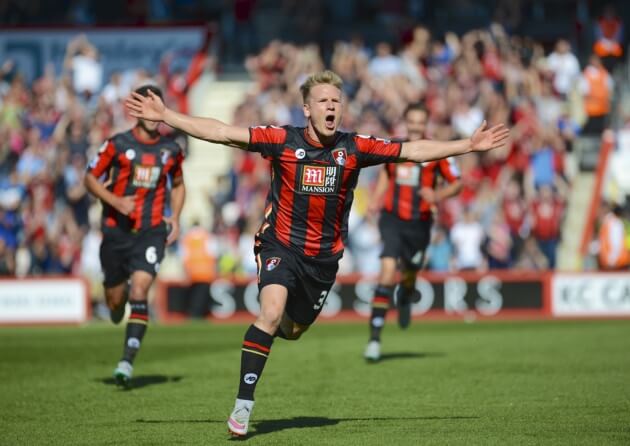 On 25 October 2014, Bournemouth won 8–0 away at St. Andrew’s against Birmingham City. It was the first time that the Cherries had ever scored eight goals in a league game and their largest winning margin in the league (barring a 10–0 win over Northampton Town in September 1939, which was discounted after the league was abandoned due to the Second World War). The club followed up this success with a 2–1 victory over Premier League side West Bromwich Albion in the League Cup, reaching the quarter-finals of the competition for the first time. Bournemouth was again drawn against Liverpool but lost 3–1. The club spent most of the 2014–15 season near the top of the table, and a 3-0 win away at Charlton Athletic on the final day of the season was enough to clinch the Championship title and a first-ever promotion to the top flight of English football.