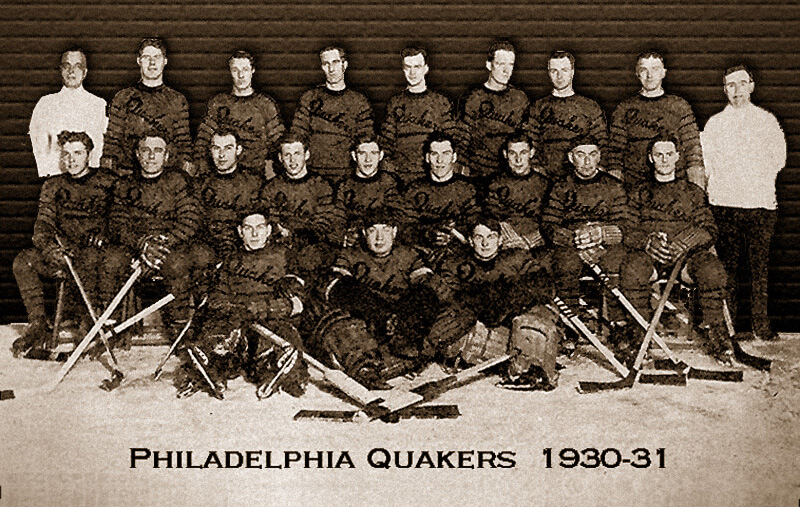 Things did not get better on the other side of Pennsylvania. The financial woes continued unabated. On the ice, the Quakers were the definition of futility. It took the team three games to score a goal and three more to get its first win, which came on November 25, a 2–1 win over the visiting Toronto Maple Leafs. They finished with a horrendous 4–36–4 record. The .136 winning percentage was the lowest in NHL history, a record that would stand for 45 years until the Washington Capitals finished with a .131 winning percentage in 197 – 1975. The four wins tied the 1919 – 1920 Quebec Bulldogs for the fewest wins in NHL history for a team that played a full season. They had the worst offense (76 goals for) and worst defense (184 goals against) in the league. At the end of that season (1930 – 1931), the Quakers, along with the Ottawa Senators, announced that they would not field a team for the 1931 – 1932 NHL season, leaving Philadelphia without an NHL team until the arrival of the Flyers in 1967. The Flyers would adopt the orange and black colors used by the Quakers.