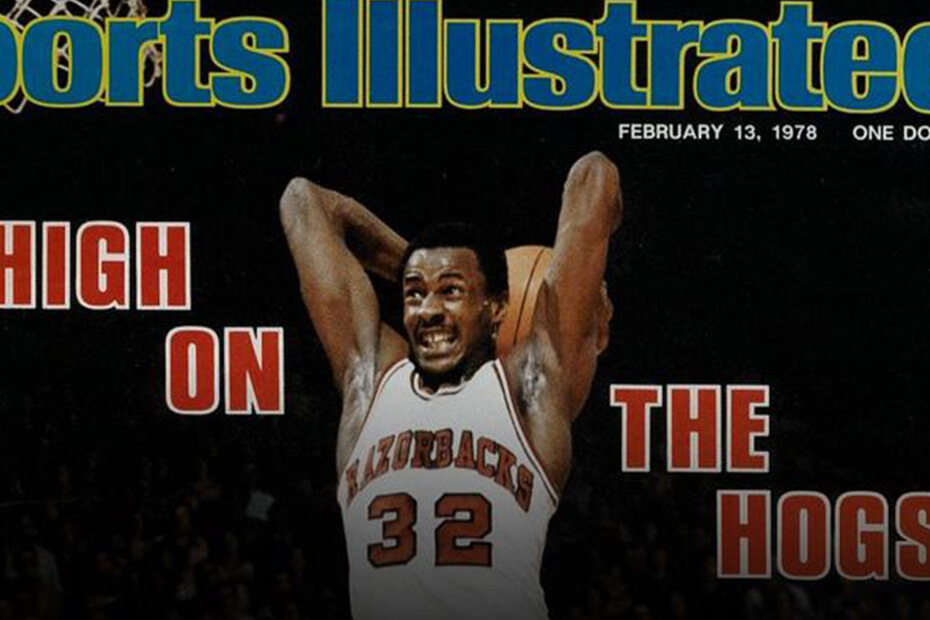 Moncrief, Marvin Delph of Conway, Arkansas, and Ron Brewer of Fort Smith, Arkansas (“The Triplets”), along with head coach Eddie Sutton and assistant coach Gene Keady, resurrected the University of Arkansas basketball program in the 1970s from decades of modest success and disinterest and helped lay the foundation for what became one of the country’s premier college basketball programs through the mid-1990s. The Triplets led the Razorbacks to the SWC championship and a Final Four appearance in 1978. Moncrief’s leadership on the court and electrifying play renewed interest in the Razorback program and ushered in the winning tradition in the Arkansas basketball program. His jersey was retired not long after he graduated from school and went on to the NBA, and is one of only two, along with Corliss Williamson. Moncrief was the school’s all-time leading scorer until Todd Day broke his record in 1992. On November 10, 2014, Moncrief was inducted into the Southwest Conference Hall of Fame. On February 7, 2015, Moncrief was honored by Arkansas when his name was put on a banner that was hung in Bud Walton Arena.