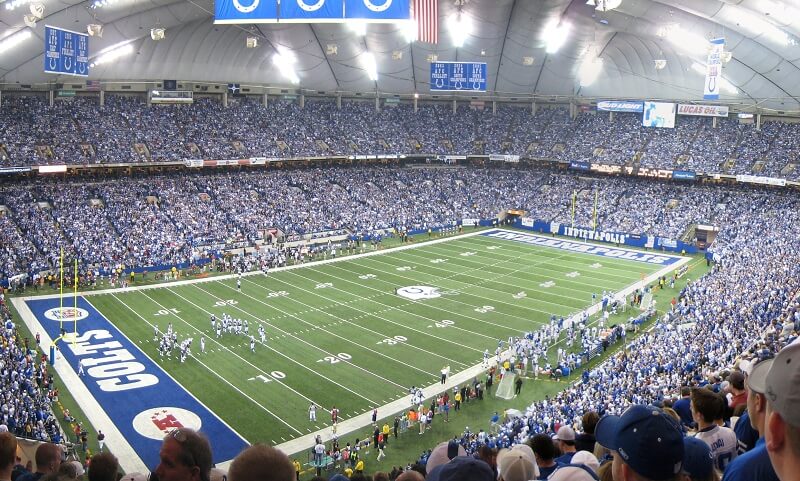 The stadium had its ribbon-cutting ceremony on August 16, 2008, and then officially opened to the public eight days later on August 24, 2008. The stadium was constructed to allow the removal of the RCA Dome and expansion of the Indiana Convention Center on its site. The stadium is on the south side of South Street, the block south of the site of the former RCA Dome. The stadium is often referred to as “The House That Manning Built”, even though Peyton Manning no longer plays for the Indianapolis Colts.

Lucas Oil Stadium is a multi-purpose stadium in downtown Indianapolis, Indiana, United States. It replaced the RCA Dome as the home field of the NFL’s Indianapolis Colts. The stadium also hosted Super Bowl XLVI in 2012.