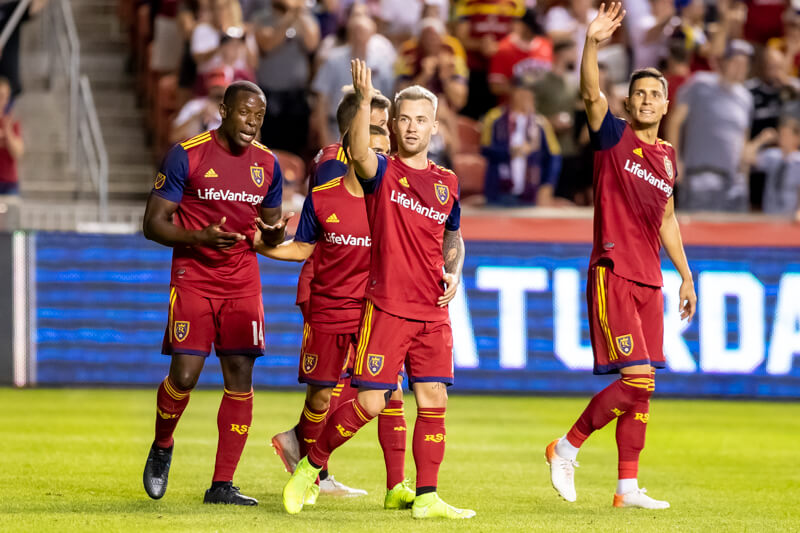 RSL’s first season was 2005 under head coach John Ellinger. RSL began to play on April 2, 2005, against New York MetroStars at Giants Stadium, which ended in a scoreless tie. The following week, Jason Kreis scored the first goal in franchise history in a 3–1 loss to LA Galaxy at the Home Depot Center. RSL played its first-ever home match on April 16, 2005, before 25,287 fans at Rice-Eccles Stadium; Brian Dunseth scored a header in the 81st minute to deliver a 1–0 victory over the Colorado Rapids. The season was mostly a disappointment, however, with the team setting a league record by posting a 557-minute scoreless streak (later broken by Toronto FC). They were also on a 10-game losing streak before managing a 2–2 draw on the road against San Jose Earthquakes. The first season finished with a record of 5–22–5.