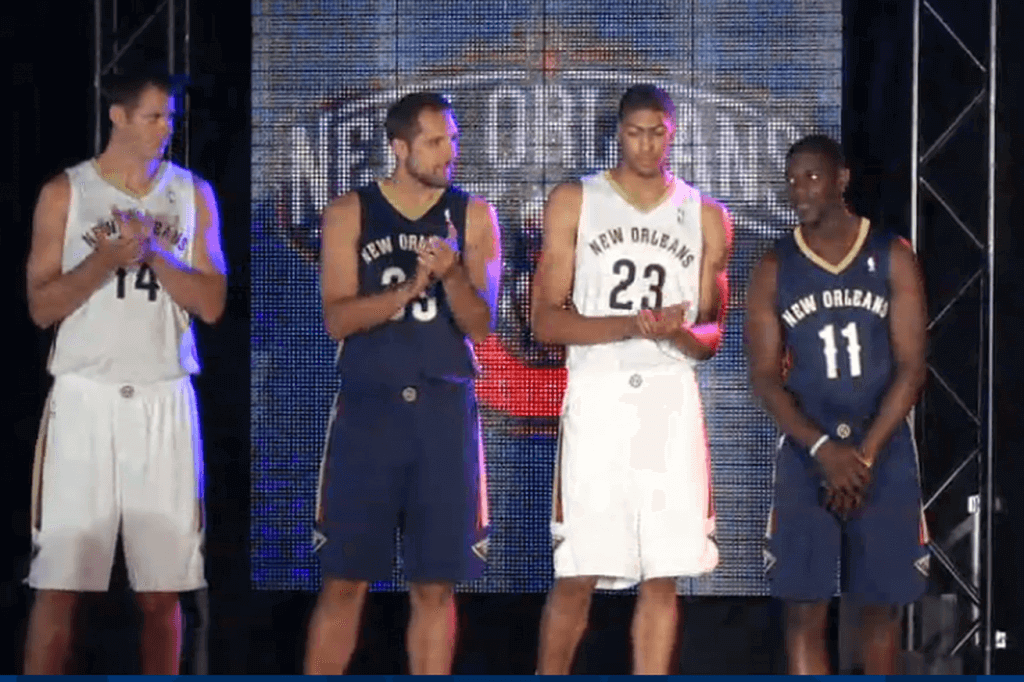 New owner Tom Benson had indicated early in his ownership that he wished to change the team’s name to something more local. He preferred that the Utah Jazz, who had been founded in New Orleans in 1974 and played there until 1979, give up the “Jazz” nickname. However, the Jazz indicated they had no interest in returning the name due to over 30 years of history associated with it. Benson had also heavily favored the names “Brass” and “Krewe.”

However, on December 4, 2012, it was reported that the Hornets would change their name to the New Orleans Pelicans beginning with the 2013 – 2014 season. The team name is inspired by Louisiana’s state bird, the Brown Pelican.

The name “Pelicans” previously had been used by a minor-league baseball team that played in New Orleans from 1901 to 1957. The Hornets organization officially confirmed the name change in a press conference held on January 24, 2013, where officials unveiled the team’s new logos and navy blue-gold-red color scheme. On April 18, 2013, after the end of the team’s 2012 – 2013 season, the team’s name was officially changed to the Pelicans.