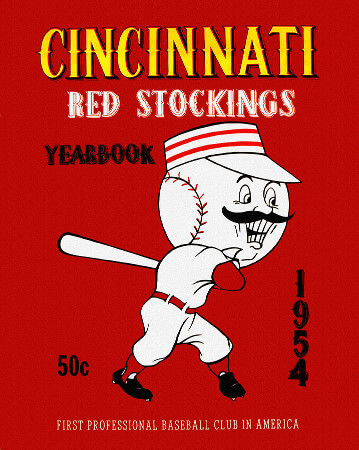 In April 1953, the Reds, fearing that their traditional club nickname would associate them with the threat of Communism, officially changed the name of the team to the “Cincinnati Redlegs”. From 1956 to 1960, the club’s logo was altered to remove the term “REDS” from the inside of the “wishbone C” symbol. The “REDS” reappeared on the 1961 uniforms, but the point of the C was removed, leaving a smooth, non-wishbone curve. The traditional home-uniform logo was restored in 1967.