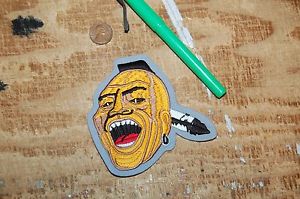 Lou Perini sold the Braves to a Chicago-based group led by William Bartholomay after the 1961 season and the ink was barely dry on the deal when Bartholomay started shopping the Braves to a larger television market. Keen to attract them, the fast-growing city of Atlanta, led by Mayor Ivan Allen, Jr., constructed a new $18 million, 52,007-60,606 seat multi-purpose stadium in less than one year, Atlanta Stadium, (later on known as Atlanta–Fulton County Stadium from 1976 until 1996 with its demolition in 1997) which was officially opened in 1965 in hopes of luring an existing Major League Baseball and/or NFL/AFL team. After the city failed to lure the Kansas City A’s to Atlanta (the A’s would move to Oakland in 1968), the Braves announced their intention to move to Atlanta for the 1965 season. However, an injunction filed in Wisconsin kept the Braves in Milwaukee for one final year. In 1966, the Braves completed the move to Atlanta.