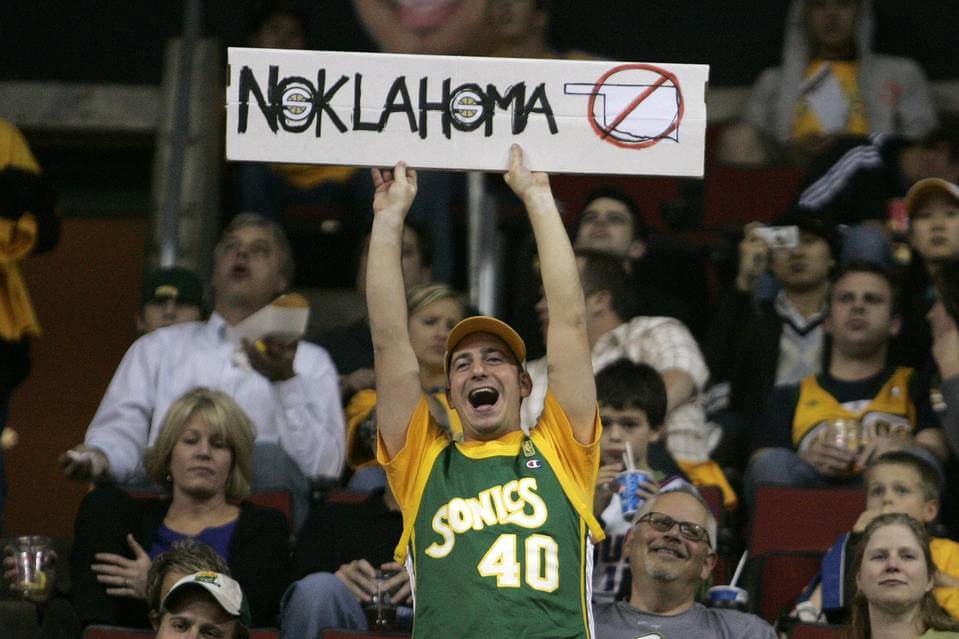 From 2001 to 2006, Starbucks CEO Howard Schultz was the majority owner of the team, along with 58 partners or minor owners, as part of the Basketball Club of Seattle LLP. On July 18, 2006, Schultz sold the SuperSonics and its sister team, the Women’s National Basketball Association (WNBA)’s Seattle Storm, to the Professional Basketball Club LLC (PBC), a group of businessmen from Oklahoma City for $350 million. The team relocated to Oklahoma City in 2008 and now plays as the Oklahoma City Thunder. Kevin Durant, who was drafted by the SuperSonics in 2007.

In 2006, after unsuccessful efforts to persuade Washington state government officials to provide funding to update KeyArena, the Basketball Club of Seattle LLP, led by Howard Schultz, sold the team to the Professional Basketball Club LLC (PBC), an investment group headed by Oklahoma City businessman Clay Bennett. The purchase, at US$350 million, also included the Seattle Storm WNBA franchise. Schultz sold the franchise to Bennett’s group because they thought that Bennett would not move the franchise to Oklahoma City but instead keep it in Seattle. Oklahoma City Mayor Mick Cornett was quoted as saying, “I think it’s presumptuous to assume that Clay Bennett and his ownership group won’t own that Seattle team for a long, long time in Seattle or somewhere else. It’s presumptuous to assume they’re going to move that franchise to Oklahoma City”, Cornett said. “I understand that people are going to say that seems to be a likely scenario, but that’s just speculation.”

After failing to persuade local governments to fund a $500 million arena complex in the Seattle suburb of Renton, Bennett’s group notified the National Basketball Association (NBA) that it intended to move the team to Oklahoma City and requested arbitration with the city of Seattle to be released from the Sonics’ lease with KeyArena. When the request was rejected by a judge, Seattle sued Bennett’s group to enforce the lease that required the team to play in KeyArena through 2010.