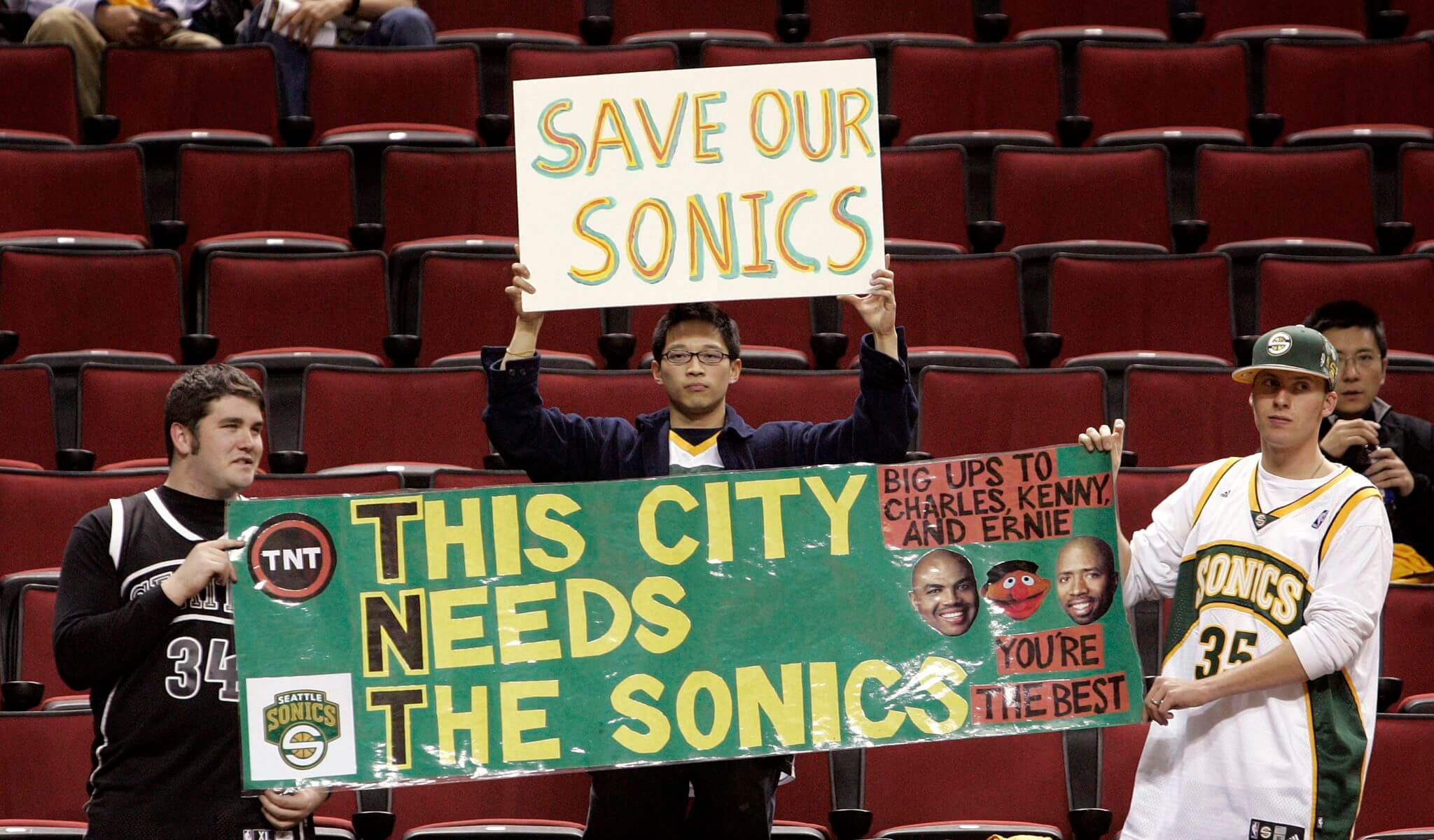 In 2006, the SuperSonics were sold for $350 million to a group of Oklahoma City investors led by Clay Bennett, a move approved by NBA owners the following October. In 2007, Bennett announced that the franchise would move to Oklahoma City as soon as the lease with Key Arena expired.

In June 2008, a lawsuit between the City of Seattle and Bennett regarding Bennett’s attempts to break the final two years of the Sonics’ lease at KeyArena went to federal court, and nearly a month later the two sides reached an agreement to settle. The terms awarded the city $45 million to get out of the remaining lease at KeyArena and could provide an additional $30 million payment to Seattle in 2013 if certain conditions are met. The owners agreed to leave the SuperSonics name, logo, and colors in Seattle for a possible future NBA franchise; however, the items would remain the property of the Oklahoma City team along with other “assets,” including championship banners and trophies. On September 3, 2008, the team name, logo, and colors for the Oklahoma City franchise were revealed to the public. The name “Thunder” was chosen due to Oklahoma being a frequent victim of powerful storms for its location in the Tornado Alley, and Oklahoma City housing the 45th Infantry Division, the Thunderbirds.