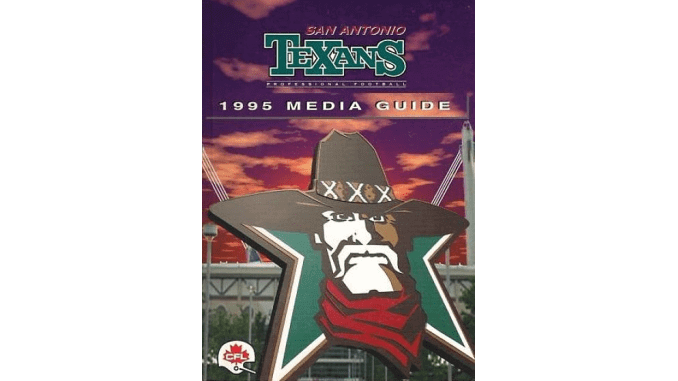 Unable to persuade Sacramento State to upgrade Hornet Stadium to something approaching CFL standards, Anderson tried to build a new stadium, but those plans fizzled. Neither of the other two stadiums in the Sacramento area, Toomey Field and Charles C. Hughes Stadium, offered anything significantly better; like Hornet Stadium, they were both inadequate even for temporary use. The failure of the Las Vegas Posse after only one season left the Gold Miners once again isolated from the rest of the league. Faced with an inadequate stadium and an unsustainable travel situation, Anderson reluctantly opted to move the team to San Antonio as the Texans. The move brought the Texans closer to the league’s three Southern teams–the Birmingham Barracudas, Memphis Mad Dogs and Shreveport Pirates.